The History of the Bach Centre – At the beginning

On this page, we touch on the History of the Bach Centre and how it became Dr. Bach’s home. When Dr. Bach left London to go in search of natural plant remedies, he asked Nora Weeks to accompany him. Between 1930 and 1934 they traveled through England and Wales each spring, summer, and early autumn. Along the way, Bach taught Nora all there was to know about the plants and remedy making.

In the winters they settled in the Norfolk town of Cromer, where Dr. Bach took the opportunity to see patients and treat them with his new remedies. It was in Cromer that Victor Bullen got to know of Dr. Bach’s work and over time became a close friend and helper.

Halfway through his discovery of the full system of flower essences, Dr. Bach wanted to find a more permanent home. Nora Weeks told him of a house called Mount Vernon that was available to rent. This was a delight for him: the cottage was simple, the village peaceful and the River Thames, upon which he had enjoyed many a rowing and punting trip, was close by. 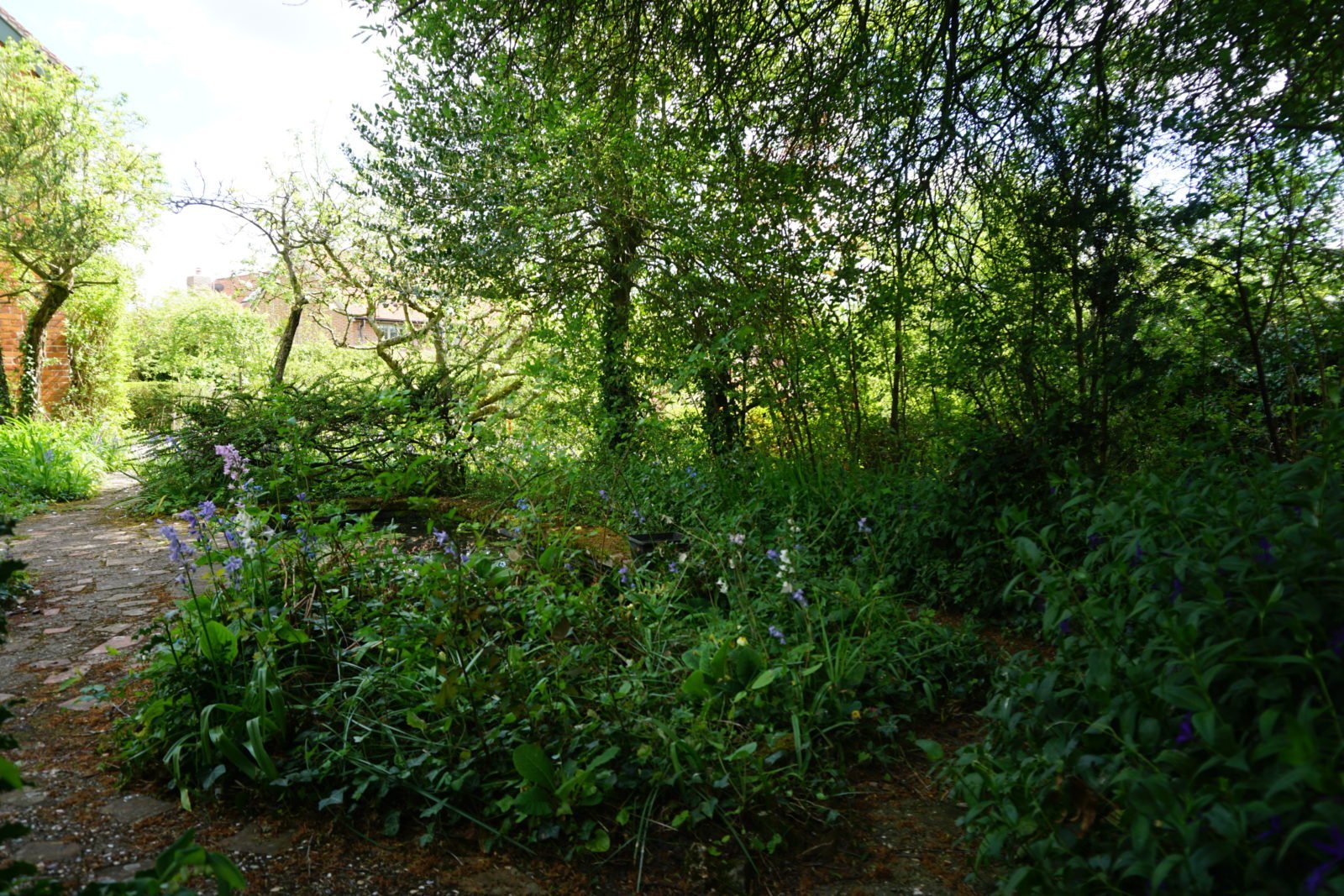 The house had been left empty and unfurnished for some time so when Dr. Bach settled there in April 1934 he set about making his own furniture, growing vegetables, and scattering wildflower seeds in the garden.  And in the village and surrounding countryside, he found the remaining 19 remedies to complete his research.

The chairs, cupboards, stools, and tables that Dr. Bach made still furnish Mount Vernon today. And although we don’t grow vegetables now, the garden still plays host to a continuing generation of flowers that grow from seeds and shrubs he planted all those years ago.

Once Bach and Nora were established at Mount Vernon, Victor Bullen came to live locally to help out, and a local lady, Mary Tabor, also joined the team. They worked alongside Bach while he completed his work, and he left the final introduction and publication of his book The Twelve Healers & Other Remedies in their hands. They promised Dr. Bach before he passed away in 1936 that they would continue to make the remedies and teach others how to use them, always protecting the simplicity, purity, and completeness of the system.

Mary soon moved away, but Nora and Victor carried on for many years. Nickie Murray and her brother John Ramsell joined them in the late 1960s. When Victor died in 1975, Nora made Nickie and John her partners.  They in turn promised Nora that they would continue to uphold the Doctor’s simple message and principles and prepare the remedies exactly as they had been taught.

Nora died peacefully in her sleep in January 1978. John and Nickie carried on with the work at Mount Vernon as they had promised they would do, and watched it grow and spread all over the world – by word of mouth alone.

In 1985, John’s daughter Judy Ramsell Howard was invited to join the team and worked alongside her father and aunt. Nickie retired in the late 1980s and John continued to run the Center until his retirement 15 years later. Judy promised her father to uphold the promises he had made to Nora, and so the legacy continues to the present day.

Since her father’s retirement, Judy has been the Centre’s Managing Director.  She and her co-director, Stefan Ball, who John invited to join them in 1996, run the Centre together. In recent years Judy’s son Sam and daughter Fay have also joined the team. Although the Centre is no longer directly responsible for making mother tinctures or selling them, we continue to do so through our work as teachers.

The Bach Centre exists because Nora Weeks and Victor Bullen and in turn their successors John Ramsell and Nickie Murray and the current team, each promised that they would continue to uphold Dr. Bach’s values.

But surely life is more complicated now, with so many other things to worry about that didn’t exist in Dr. Bach’s day…

Anyone can look for other ways to use the remedies, prepare essences, and build different constructions. Our path is a different one.

In Dr. Bach’s time it was easy to read The Twelve Healers & Other Remedies – Dr. Bach’s own descriptions of the 38 remedies – and experience directly the simplicity and purity of the original conception. Nowadays many people offer reinterpretations and alternative approaches to that simple message.

Dr. Bach’s heirs – our predecessors at the Bach Centre – and the current team – have shared a duty to ensure that the simple heart of the work beats on into the future. This means more than keeping Dr. Bach’s books in print and opening his home to visitors. It also means being here, as Dr. Bach was and as Nora and Victor were, to talk about his work and stress its simplicity in the face of every complication and addition.

It is true, times have changed, but emotions remain the same from one generation to the next.  In Dr. Bach’s day, people might have worried about different problems than those that concern us today. But fear is fear, worry is a worry, whatever, whenever, and wherever its focus.

The secret of great sculptors is that they release the figure that is already in the stone, and once it has been released they put down their tools. Like the figure in the stone, Dr. Bach discovered the remedies by harnessing the healing potential that was already within the flowers. He didn’t create that potential but discovered it, and he consistently spoke of the remedies not as a personal achievement, but as a gift from nature – and from God:

“Once we have been given a jewel of such magnitude,’ he said, ‘nothing can deviate us from our path of love and duty to displaying its lustre, pure and unadorned to the people of the world.”

This is the History page for the Bach Centre.