A small team is responsible for running the Bach Centre. Here we present who’s who, starting with the person who is usually the first to answer the phone or open the door to somebody ringing the doorbell… 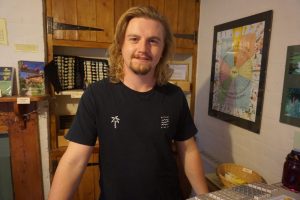 Sam is the third generation of the Ramsell-Howard family to work at the Centre. He joined the team in 2015 and has become the public face at the Centre. Sam greets visitors at the door and answers emails, the phone, deals with course administration and registrations, as well runs the online mail order shop. Sam has also completed the Bach Centre’s Level 1 & Level 2 Bach Foundation Registered Practitioner Courses and has plans to move onto Level 3.

Sam has a lively interest in sport and music.  He plays acoustic and electric guitar, saxophone and is a dedicated golfer, snowboarder.  In his spare time, when he’s not on the golf course or the slopes, you will find him skateboarding, downhill mountain biking, on the river or at a music festival. 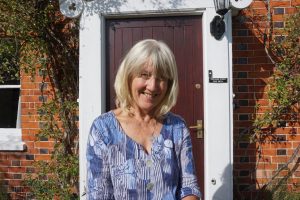 Judy joined the Centre to work full-time in 1985, joining her aunt Nickie Murray and her father John Ramsell with whom she learned every aspect of the work, from preparing remedies to dealing with invoices and distribution; from consultations to book-keeping,  She later took over the running of the Bach Centre and has since become a key figure at Mount Vernon, pioneering the first practitioner courses in the 1990s. More recently she curated and established Mount Vernon’s newly opened museum rooms.

Prior to joining the Centre, Judy had a career in nursing, midwifery and heath visiting and has several qualifications under her belt including a BA Honours in Complementary Therapies and a First Class Honours degree in Fine Art.

Judy enjoys keeping fit by running, cycling and swimming, and racewalks internationally as part of the British Masters team. She has completed many triathlons including the Ironman 70.3  and has run four marathons. She is also a keen artist and takes her sketchbook wherever she goes around the world. 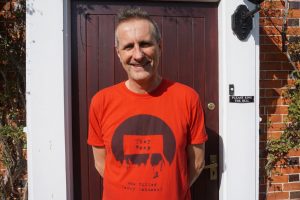 Stefan started full time work at Mount Vernon in 1996 – although before that he helped occasionally with translation work, editing and various one-off projects. He has written several books on the remedies, including The Bach Remedies Workbook, Principles of the Bach Flower Remedies and Bloom.

Stefan created the Bach Centre’s Level 1 Distance Learning Programme and set up the Centre’s teacher-training programmes. He oversees educational and assessment standards for all Bach Centre-approved courses world wide, and is in overall charge of the Bach Foundation International Register.

Before joining the Centre, Stefan worked in information technology and has a background in languages and literature. He has a First Class Honours degree in Languages, a Masters Degree in English, and speaks French and Spanish.

In his spare time, Stefan is an active musician and always has a full calendar of gigs with his band Who Killed Nancy Johnson?  He lives locally with his wife, Chris, who is an active DLP mentor and Level 3 marker. 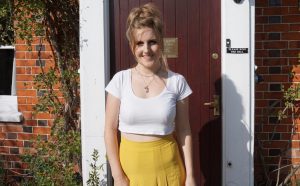 Fay joined the Bach Centre team after graduating in 2018 with a BA Honours degree in Journalism. She set up and now maintains our Instagram pages @thebachcentre & @thebachcentrecafe.

In her spare time Fay loves interior design and enjoys renovating the home that she shares with George. Fay enjoys yoga and is passionate about living a healthy lifestyle. Fay describes her happy place as exploring the globe, cocktail in hand, with her boyfriend, George, and their daughter. 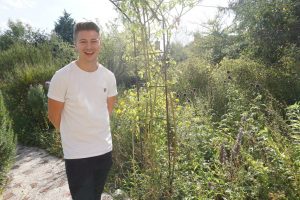 George joined the Bach Centre in 2018 after gaining a First Class Honours degree in Marketing Management. He built and maintains the new website and is our in-house technology expert. George also attends conferences where he shares new Bach Centre developments, information about the website and any future plans.

After completing the Level 1 and Level 2 Bach Centre courses, George is now preparing for his Level 3 course and has an ambition to continue his education onto one of our BFRP Teacher Training courses.

George is originally from the northern city of Burnley in Lancashire, but moved to Oxfordshire in 2018 after graduating. He now lives locally with Fay and enjoys a round of golf on a sunny afternoon at the local courses with Sam and friends, and being a father to his daughter. 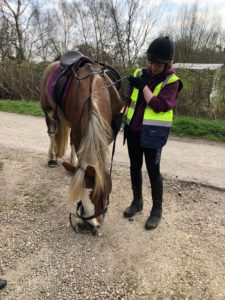 Zoe joined the Bach Centre in 2018 after moving to Oxfordshire from Suffolk.  Zoe deals with all the online orders which are sent out all over the world every day.  She is also a key member of the Bach Centre’s café, Nora’s Kitchen, where she is a top barista and master baker.  Zoe is a very kind and driven individual and also quite the perfectionist.

Prior to joining the Bach Centre, Zoe worked as a veterinary nurse and receptionist and is a keen equestrian.  She currently looks after several horses at a local stables, and in her spare time loves riding her own horse, Cash, playing hockey twice a week, snowboarding at every opportunity and attending music festivals with her partner, Sam. 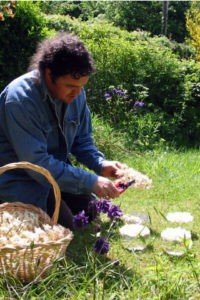 For many years in the 1980s and 1990s Keith Howard – Judy’s husband – was the main remedy maker at the Centre, having been trained to do this by Judy and her father, John Ramsell.  As a keen environmentalist, he built the nature pond near the seminar room and is involved in planning and overseeing conservation work in the garden, as well as helping out with a variety of other  projects.

Angela studied the remedies at the Centre in 1995, and two years later came back to start her teacher-training, qualifying in 1998.

Since then she has taught the system in the UK, France, Greece and India, where she is the main trainer working to bring Bach Centre-approved Level 1, 2 and 3 courses to the sub-continent.

Angela’s work has included local practitioner support in the UK, where her experiences with a peer-support group in Kent led to the creation of Bach Centre guidelines on best practice in this area. She currently teaches the Bach Centre’s Level 1 and Level 2 courses at Mount Vernon, as well as her own programmes around the south-east of England, and in 2019 became a trainer of trainers. 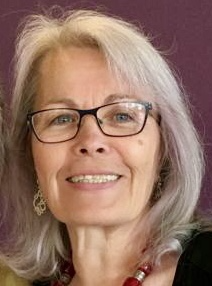 Lynn was an early recruit to the Bach Centre’s education effort, helping design – and delivering – the first international Bach Centre-approved courses in the early 1990s.

In 1997 she created the Centre’s first teacher-training course, the Bach Foundation Teachers Programme, and she has taught Level 3 at Mount Vernon from 2000 to the present.

Lynn has spoken and taught on the remedies in many countries, including Europe, the Middle East, Australia and New Zealand, North America, Singapore and China. She is an organization consultant, executive coach and mentor with an international reputation, and is author of Emotional Wisdom with Bach Flower Remedies.

Patricia became interested in Dr Bach’s work a few years after qualifying as a Registered Nurse in 1982, during a stint in the airline industry.

In 1992 she came to the Bach Centre to train as a practitioner, joining the Register a year later; and in 1997 she took her first steps to becoming a licensed trainer by attending one of the first Bach Foundation Teachers Programme courses.

As well as teaching Level 1 and 2 courses for the Bach Centre, Patricia runs her own natural health practice from London. She has taught the remedies up to Level 3 as far away as Russia and Zambia, and is an engaging and skilled communicator on the system. In 2019 she became a trainer of trainers. Tessa has been a registered practitioner since 1992 and started delivering Bach Centre-approved courses in 1997. Since then she has taught all three Levels both in the UK and overseas, including trips to Finland, Romania, Serbia and Singapore.

As a homeopath herself, Tessa designed and delivered her own Bach Centre-approved course especially for homeopaths. She has also developed courses aimed at training future trainers, including the BFTP3 course that she delivers at the Bach Centre. She runs her own practice in Suffolk. The people named above help out regularly at the Centre itself. But since 1991 we have been registering practitioners all over the world who are committed to working with Dr Bach’s system in the way he wanted, with the emphasis on simplicity and self-help.

Many of them have also became trainers, teaching Bach Centre-approved courses in their own countries, but working to our standards.

Every Bach Foundation Registered Practitioner (BFRP) and every licensed trainer is a member of our team. So if you can’t get to Mount Vernon you can still get help and advice on – and learn – the system from somebody who works the same way we do.