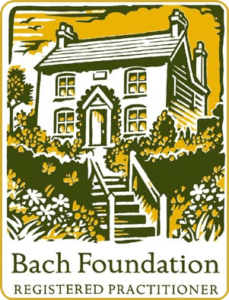 We are changing the way we collect registration renewals. From 1st April we will no longer send reminders to practitioners on a month-by-month basis. Instead we will mail all practitioners in September asking for payment for the year ending 31st March 2005, with one further reminder being sent in November.

We have taken this decision to try to reduce the administrative cost of collecting registration renewals. As a result we are able once again to avoid putting up the cost of registration, which will remain at the same level as last year.

At the Bach Centre

We ran two courses in February. Judy Howard and Stefan Ball taught a level 2 course to 15 students, most of them (unusually for our courses!) being based in the UK. A week later Lynn Macwhinnie taught a level 3 course to six students.

The Bach Centre welcomed the usual daily flow of visitors, including travellers from Australia, Chile and the USA.

And remedy-making has begun again, with the Cherry Plum tree the first to flower in the garden. Spring is well and truly here, despite the hard frosts overnight, and the bulbs are coming through.

Other news was less good. Kathy Nicholson fell and broke her wrist on her way home from working at the Centre, which led to a trip to hospital. We’re sure that all of you (and it will be the majority of you) who have been helped by Kathy at some time or another, will join all of us in wishing her a swift recovery and a quick return to Mount Vernon.

We want you to use this Bulletin to keep in touch with each other. If anything wonderful, funny, interesting or just plain typical has happened to you in your work with the remedies, or if there are any questions that have been nagging away at you, or if you simply want to say hello, please write to us at the Bach Centre, marking your letter clearly as being ‘FOR PUBLICATION’.

We can’t promise to print every letter in the Bulletin, but even if we don’t use your contribution we always love to hear from you.

I am a member of a monthly Bach group run by Angela Davies in Gravesend. We read with interest Clarissa’s article on the use of Bach remedies with plants (see Jan/Feb 2004 issue – Ed.) and discussed it in the group.

Angela and I have tried spraying flowers with remedies and putting some in the water. We have both found that cut flowers can last a week or two longer than usual. I also routinely buy the boxes of bedding plants marked down as ‘on their way out’. After trimming off the dead parts and giving a drink of fresh water and remedies such as Gentian, Walnut, Gorse or Olive (depending on the condition) they always go on to look no different from the boxes sold earlier and provide a wonderful display.

I have also had a great experience with my plants, both inside and outside on the balcony.

I can´t tell you their names in English, but in Spanish we call them geranios and alegría de la casa, sencilla and doble. Normally they give flowers only in summer, and in the autumn they dry and, in the case of alegría, die and don´t survive for another year.

But mine, now, in the middle of the winter, are beautiful, with plenty of big coloured flowers. A surprised neighbour asked me for the secret. I gave her as a present a mix of the crisis remedy, Crab Apple and Olive. Just what I give every day to my plants.

Some weeks after that she asked me for a consultation for herself!

BFRP Kit Keetch asked the writer of the following letter if it could be reprinted here. We’re grateful for her permission, and to Kit for bringing it to our attention. – Ed.

I do remember meeting you and that you spoke to me about the Bach remedies.

I don’t know whether you know but a national cancer research network has been set up to improve the quality of research across the UK. It is hoped this will lead to an improvement in outcome. In addition to our obvious site groups – breast cancer, colon cancer etc. – we have a complementary therapies group.

I obviously see a role for complementary therapies and am quite excited that they are going to be properly evaluated. This would make it much easier for me to introduce them into the NHS. I have always felt very strongly that we offer a cardiac rehabilitation programme to our cardiac patients and I would like to offer the same to my cancer patients. To bring this forward we do need to have a complementary studies group and have central direction. From my point of view it has been much easier to introduce new treatments when I have got central backing.

I will keep in contact. I was very interested in your leaflet and thank you for sending it to me.

In June 2002 an elderly relative was diagnosed as having bladder and lung cancer. For a year he suffered from discomfort but no pain. In April 2003 he suddenly became very ill and a blood test showed that the cancer had spread to his liver. He experienced fever and acute exhaustion. He was so drained that his astonished wife reported that he had asked her to put his slippers on for him. He was reported to have said that he was ‘only living for the next medical examination’.

Unfortunately it was difficult to get much more information about his inner state. Having thought for a few hours I rang and suggested he take Rescue Remedy, Olive, Walnut, Crab Apple, Gentian, Aspen and Wild Rose.

Two days later I rang up to hear how he was. I heard he had been up and re-potting tomato saplings in the greenhouse. His wife reported that he seemed to be happier in himself.

A week later he was out of bed, answering the phone and participating in normal life again. His wife confirmed that he was still taking the drops.

Of course, such acute illness can rapidly alter his state. I was nevertheless touched how the change in inner attitude gave him back his interest in life.

I wonder if this has already been done? I would like to compile a list of music that portrays different remedies, to help students learn what each remedy is for. For example:

I wonder if other practitioners would have suggestions?

No, it hasn’t been done as far as we know, and it’s a great idea. How about Flight of the Bumblebee for Impatiens, and Tom Jones’ Delilah for Holly? Anybody have any other ideas? – Ed.

Since the last (January 2004) issue was prepared, 54 new practitioners have joined the register:

There are now 1,454 practitioners on the register.

Not watching
But observing
All the movements his body makes