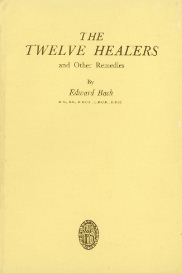 The culmination of Dr Bach’s work was a simple book presenting all 38 remedies. Nora used to say, ‘This is the only book you need.’ This is the definitive 1941 edition, the first to incorporate Dr Bach’s longer introduction, dictated shortly before his death. 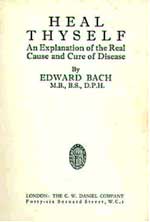 Written in 1930, Dr Bach’s book on the spiritual underpinnings of health and illness is a seminal text. Get it for free as a newly prepared eBook. Available in English and many other languages including Chinese (traditional or simplified), Greek, Hungarian and Serbian.

A new online edition of the complete text of two lectures Dr Edward Bach delivered in 1936, a month before his death.

Although its remedy indications are out of date, Free Thyself remains an important text for serious students of Dr Bach’s work. This new 2014 online edition presents the complete text of 1932 and includes historical notes and a new introduction.

Ye Suffer from Yourselves

In 1931 Dr Bach addressed a group of homoeopaths in Southport, England; shortly after the text of that address was published as a 16-page pamphlet that can be read as a companion-piece to Heal Thyself. 2015 edition with notes and a short introduction.

The Story of the Travellers

Dr Bach created stories around some of the remedies, using them as another way of describing remedy indications. This short book presents his best-known piece, “The Travellers”, alongside other shorter texts. With notes and a new introduction.

A collection of Edward Bach’s research papers covering the ten years between 1920 and 1930, the period leading up to the discovery of the Bach system of flower remedies.

To Thine Own Self

Mary Tabor’s 1938 novel, long out of print, retells elements of Edward Bach’s philosophy in a series of stories and parables. Mary was one of the original team at Mount Vernon, alongside Nora Weeks and Victor Bullen, who kept Bach’s work alive after his death in 1936.

Why see a Bach practitioner? 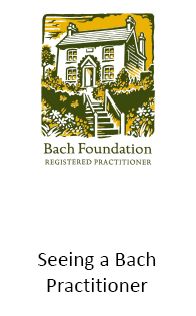 What is special about a Bach Foundation Registered Practitioner? This leaflet tells you what to expect from a Bach consultation and how to get in touch with a local BFRP.
Download Here