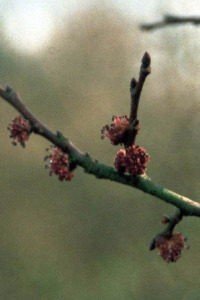 …is the remedy for people suffering a temporary loss of confidence due to the overwhelming amount of responsibility they have taken on. Genuine Elm types are people who are successful and carrying out work they believe in, but at times the burden brings them down and they feel will not be able to cope.

The remedy helps to dispel these feelings so that we can resume our lives without thought of failure.

The Elm state can be usefully contrasted with that of Larch. People in the former take up challenges willingly and only occasionally doubt their abilities; it’s the scale of a task, rather than the difficulty of doing something well, that causes the crisis. Larch people are convinced they are going to fail right from the start, and so tend not to try in the first place.

Those who are doing good work, are following the calling of their life and who hope to do something of importance, and this often for the benefit of humanity. At times there may be periods of depression when they feel that the task they have undertaken is too difficult, and not within the power of a human being.